20 years after the Raid Pierre Harvey, a 3 day, 245 km mountain bike stage race between Chicoutimi and Quebec City, Mathieu Bélanger-Barrette recreated the route and tried to complete it in a single day. We had a quick Q&A session with him only days after he completed this epic ride on June 13. 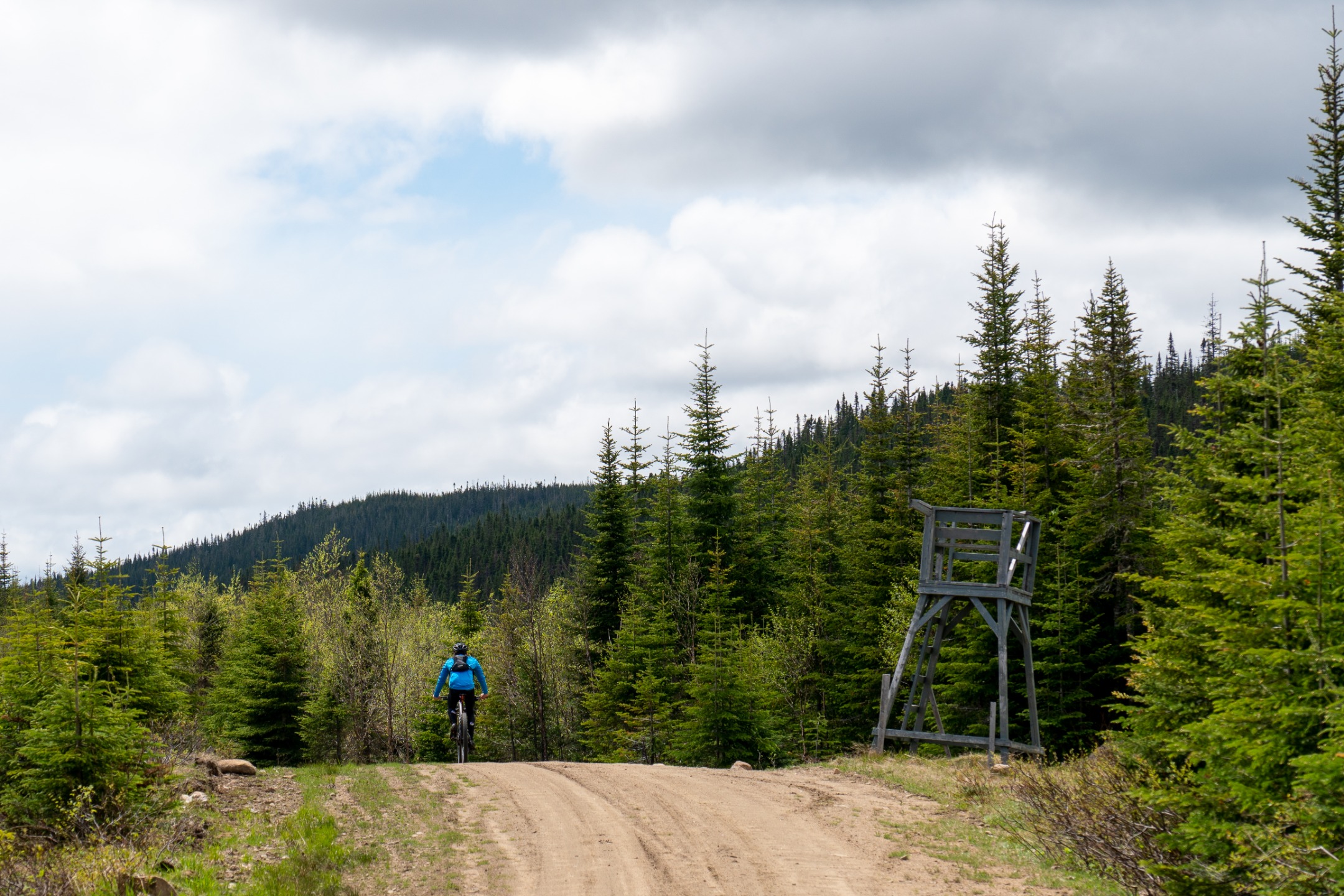 First of all congrats on this challenge! Where did this idea come from and why recreate the Raid Pierre Harvey 20 years after it vanished?

The idea came last year during Trans Rockies. That race has been paused for the past 10 years. I always wanted to do it but I was too young to get into such a challenge. When it was announced that it would be back on the calendar, I jumped on the occasion. I was stoked to race at the same race and on a similar course than my idols used 10 years prior.

So when I came back I started to look into similar challenges such as the Raid Pierre Harvey. I knew I couldn’t wait for someone to bring it back, I had to recreate it myself. Another great thing is that we never ride in this remote area, so it was a good way to explore this playground.

How did you manage to find the original route?

Obviously I had a hard time finding the original route yet I quickly realized it was impossible to find it back. The only information I had was dated from the late 90’s early 2000’s and wasn’t reliable. So I created the entire 245 km from Chicoutimi to Lac-Beauport. Since then a lot of different access roads were built for wind turbines and other industrial activity so I guess it made my quest a bit easier. But on the day of the challenge, I had no idea what I was going to hit, it was alright for most of the course.

How did you prepare for a 245km ride in the wild Quebec territories?

The preparation was pretty straight forward in terms of training. I rode A LOT. As soon as the weather was good to ride I did long rides with a lot of climbing. A handful of 150km and some 8-9h rides to make sure my body was ready for such an event. Yet all these rides were on the road or on mixed terrain but never in the wilderness. I quickly realized my body was ready for such a test, I was adapting really quickly. I also did tons of intervals of different kinds just to make sure I was able to sustain a high pace for a long time.

On the logistics side of things I made sure the course was right, that I had a solid team that I could rely on (people that I trust and that will not slow down the project). Everything went perfectly.

How did the day unfold? 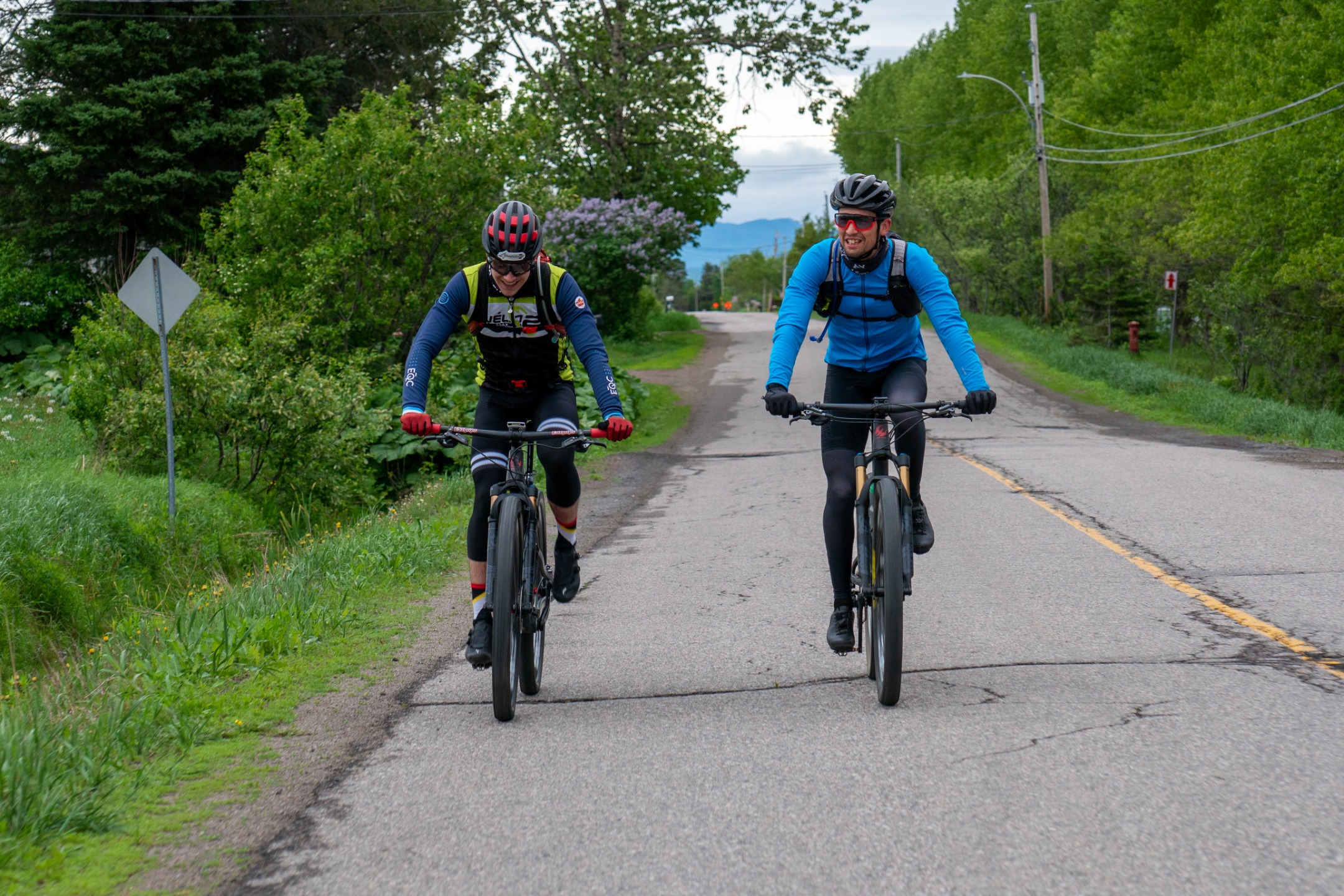 We left at 5am from Chicoutimi, from the river, like in the old days. The first 20km were on the road so it was pretty straight forward. We then entered a hunting territory that led us to an unreal wind turbine network. We hit some bouldery quad trail, followed some bear paws and we finally ended up at L’étape where our crew was waiting for us. That was km 140 and we already had 2300m of climbing done.

This part was the shortest section of the route. David jumped in to take some drone shots and a couple pictures. He was on a ebike so he could go up front, set his camera, take a picture and catch me back. However, in Canada, most of the ebikes are restricted to 30km/h, I can tell you that David had a hard time catching me back in a couple sections. I had a really good vibe at this moment!!!

In the middle of the forest, a blue rocket

The last segment was less mysterious since I’ve done a recon on this section a couple years prior. However, after a couple miles we hit a missing bridge on the route and had to cross the river by foot. The stream was pretty intense but I couldn’t really stop there and call someone… We had to finish the route. Once we were on the other side most of the lest km were downhill so we were flying. I arrived 2-3h in advance of my schedule, meaning that everything went perfectly. à 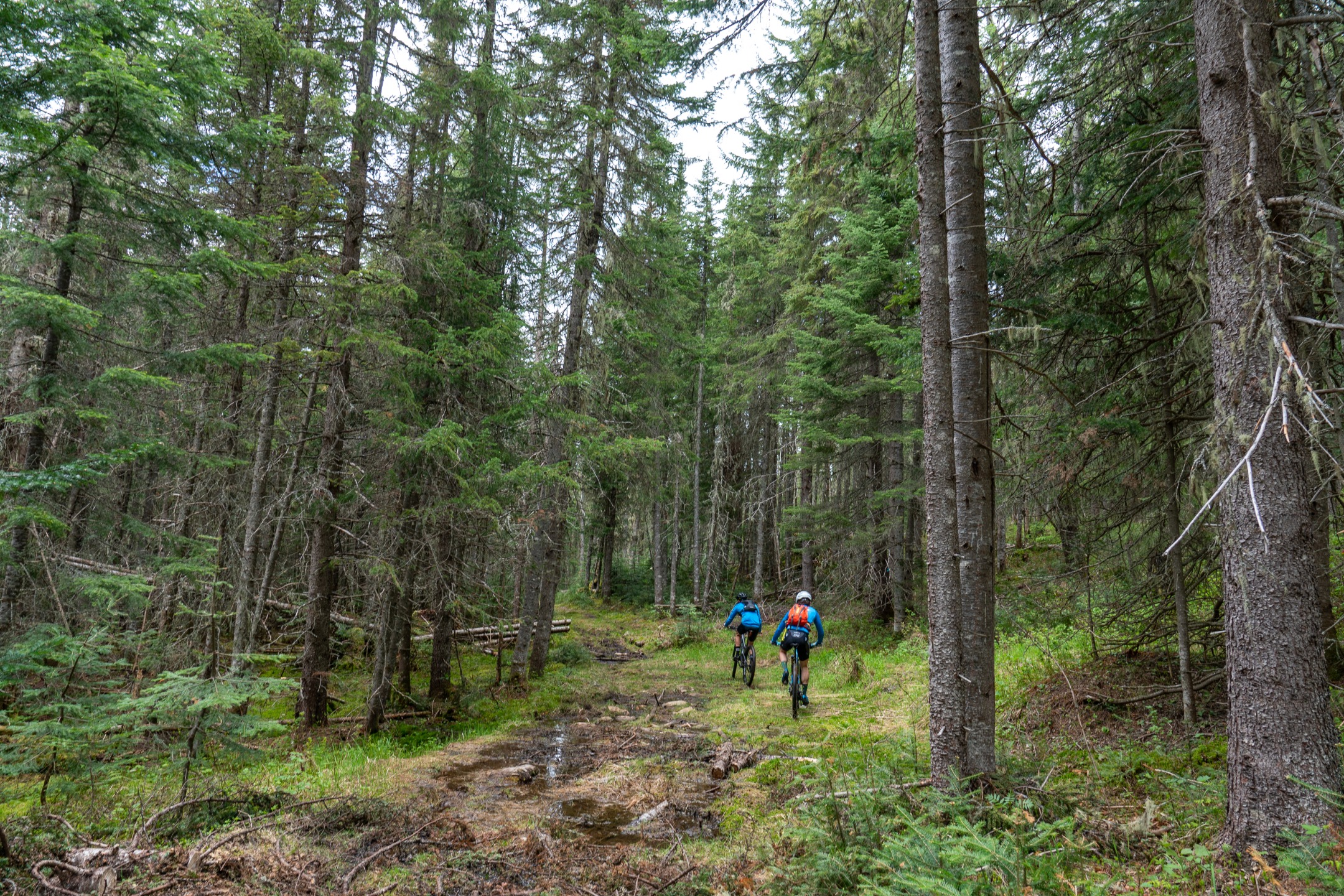 Crossing a swamp with Phil St-Laurent

What’s your secret to go through these types of challenges?

I have 3 main tips: Eat, use good stuff and be prepared.

First off I was always bringing a lot of food on me, granola bars obviously, pop-tarts, a handful of Fruit2 (Xact Nutrition) and a high density drink mix (Flow Formula). With all of this I was able to face all situations, I kept high sugary stuff when I was in really deep trouble.

Good material is essential for this type of ride. I did not doubt my material at any time. I knew I could carry the bare minimum to repair and I could be alright. I trusted my tires, my bike, my drive train, I knew that they would last. To do such a thing is key to partner with people and material that you trust, and I think this year I hit the jackpot.

Finally to be ready mentally, physically and on a logistic standpoint makes things easier. I did a spreadsheet with my estimated time of arrival, the GPS coordinate of the meeting point and the role of everybody on the team. Everybody stuck to the plan so I could finish my ride in the daylight and not with too many mosquito bites.

Why not on a gravel bike?

It was way too intense. The picture we have shared does not make justice to the terrain. The downhills were rough and they would bite gravel tires in no time.

Can we get the GPX file?

My ride is public on Strava, but I don’t want to share it with everybody. This project takes a lot of time and preparation to do, there is private land and I don’t want to be responsible for people trying to recreate this route.

Are you gonna do it again?

Nop, I have another project in my head.

People you want to thank?

My girlfriend Sarah always listened to me when I was trying to figure out the maps and who to talk with.

David Maltais for his dedication in this project specially on the media and lodging side.

Victor Verreault for the first 140km. Phil St-Laurent for the last segment.

Génétik Sport for the crazy tune up on my bike and the ebike.

My usual sponsors for supporting me in this thing.